‘Please remember that Okinawa’s memorial day is on June 23rd’

The following text and photos are from Wikipedia:

“Okinawa Memorial Day (慰霊の日 Irei no Hi?, lit. “the day to console the dead”) is a public holiday observed in Japan’s Okinawa Prefecture annually on June 23 to remember the lives lost during the Battle of Okinawa. It is not celebrated nationally throughout Japan.” 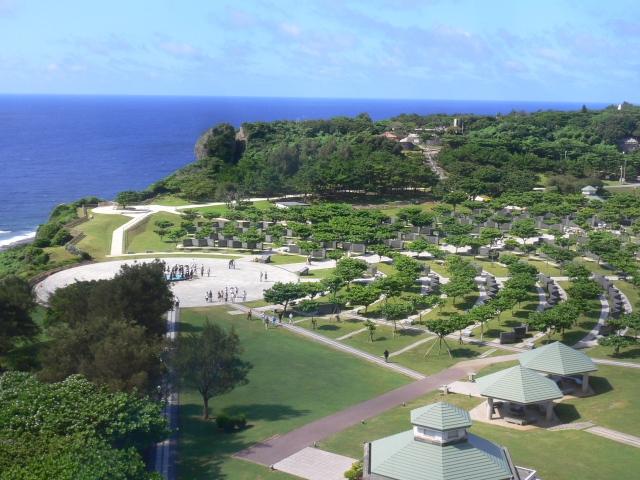 Cornerstone of Peace, a memorial to all those who died in the Battle of Okinawa, in Okinawa, Japan. Photo by SANDO from ja, Oct. 2006.

This entry was posted in Battle of Okinawa, History, International, World War II. Bookmark the permalink.