I was always curious how Okinawans used to travel about Okinawa island during the old days. There was a road built by one of the Okinawan kings, which ran from Naha to Nago city past Nago through Taira village and Nakaoshi village in Haneji, going north to Ogimi (village of the Okinawan centurions) and Kunigami villages in the northern part of the island.

Okinawans did not have riding horses like the cowboys in the Wild West. Okinawan horses had short legs and were much like mules — slow. They were used mostly as beasts of burden.

So how did the Okinawans travel when they went from Naha to Nago? This was a nagging million dollar question for me.

Then last year, when I was in Okinawa, my cousin, Yasuo Inafuku, told me that during the old days when they had to travel from Nago to Naha, many travelers went by boat. Of course! Makes all the sense in the world. A boat with a sail or two used the wind for propulsion. The two photos below show the Okinawan Yanbaru boats used for travelling around the main island and to the other islands.

They were much smaller than the Okinawa trading ships like the one shown in the photo below. The Okinawan trading ships sailed in the China Seas to China (Fuzhou in Fukien province) and to Malaysia (Malacca), Siam, and Java in Southeast Asia (1400s – 1800s). These ships were actually Chinese junks that were given to them by China.

During our visit to Edo Museum in Tokyo on our recent Japan trip, I came across a scale model display of a Japanese boat that I believe was used to travel all around Honshu island during the Edo period (1603 – 1868). The photo below shows a map that, I believe, shows the boat routes around Honshu island. 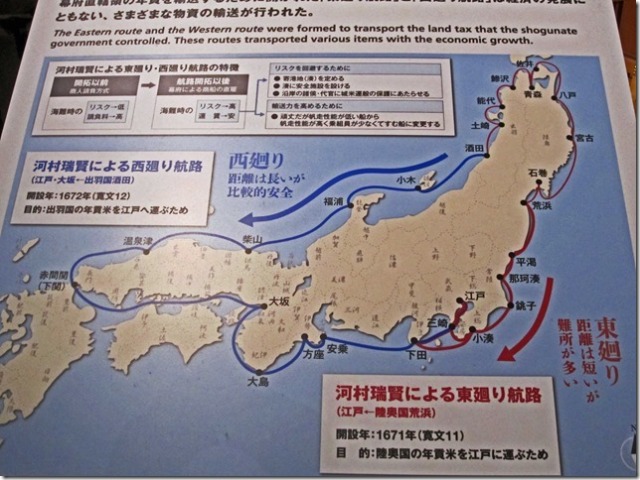 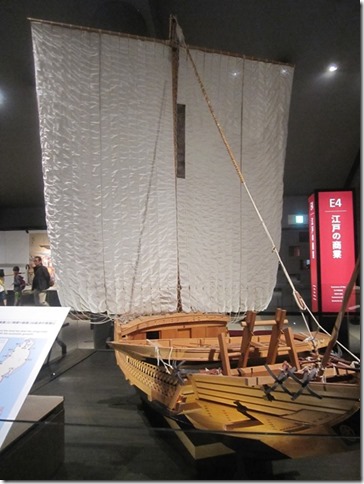 This photo shows what the overall boat looks like.

This photo shows the cutout on the left side and the back of the boat. There’s the rudder. 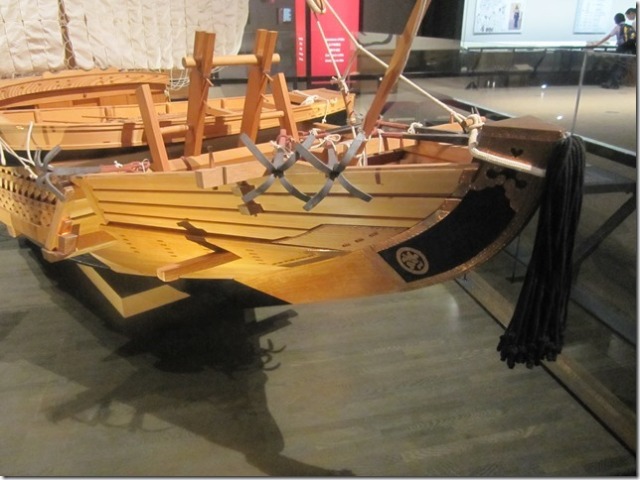 This photo shows the anchors on the front of the boat. 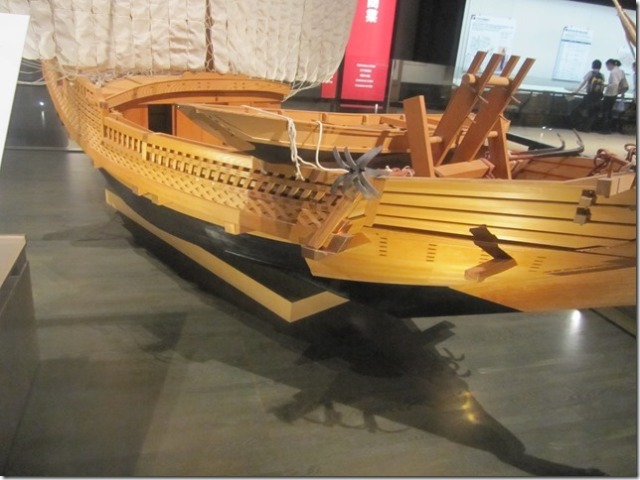 This photo shows the right side of the boat.

Sailing on a boat to get from one place to another makes for easy travel, but I think it was risky because travelers never know what the weather was going to be like. A boat could be off the island coast when the weather quickly turns ugly. I’m sure, over the centuries, boats have been lost due to weather.

1 Response to Okinawan and Japanese Boats