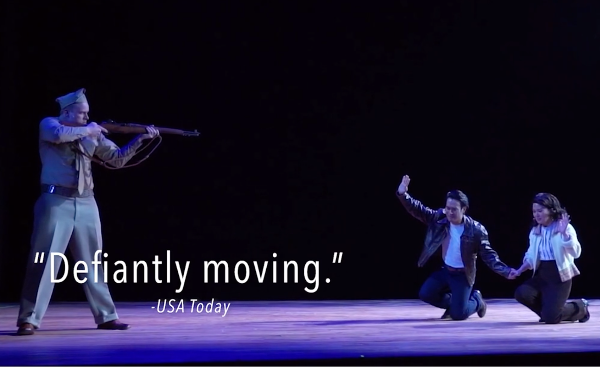 Inspired by true events, Allegiance is the story of the Kimura family, whose lives are upended when they and 120,000 other Japanese-Americans are forced to leave their homes following the events of Pearl Harbor. Sam Kimura seeks to prove his patriotism by fighting for his country in the war, but his sister, Kei, fiercely protests the government’s treatment of her people.

An uplifting testament to the power of the human spirit, Allegiance follows the Kimuras as they fight between duty and defiance, custom and change, family bonds and forbidden loves. 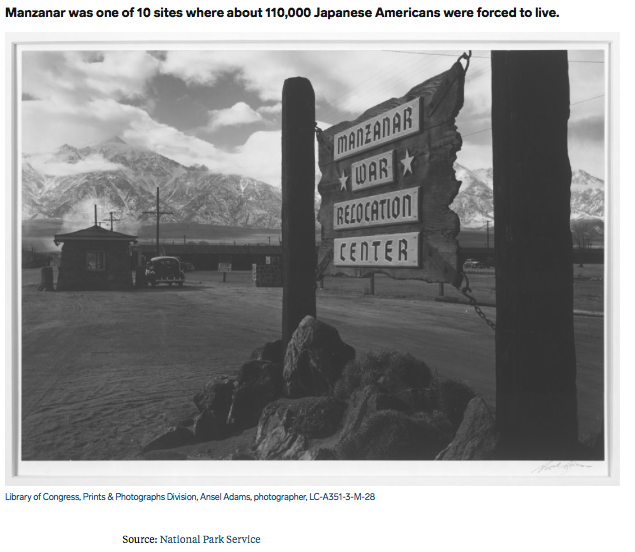 But as long-lost memories are unlocked, Sam finds that it is never too late to forgive and to recognize the redemptive power of love.

I don’t make it a practice to send a personal message about one of our shows. However, at tonight’s dress rehearsal for Allegiance, I experienced something deeply moving and needed to share it with you.

For years I’ve listened to my partner’s mother occasionally speak about how painful it was to have lost her uncle after he was forced from his home in California and imprisoned in a “relocation center” during World War II. The family searched and searched for him during the war, as well as after the war, but there was no record to be found of what may have happened to him. The family has gone for decades not knowing what became of him. Did he die? Did he survive? If he survived, did he have any children? Through it all, the pain of the loss and of his unknown whereabouts still remains.

The story of her family’s experience was played out in front of me tonight on our stage. The pain, the suffering, the belief in a country the family expected would protect them, and the continuing Allegiance to a country that let them down. This musical is a story about us all — whether family members were inside of the barbed wire or on the outside fearfully looking in.

This performance by a Broadway-calibre cast is one that everyone needs to take the time to see. Bring your friends and family. We all must learn from the mistakes of the past to ensure they won’t be repeated in the future. I hope to see you at the theatre sometime over the course of the next two weeks!

This entry was posted in Uncategorized. Bookmark the permalink.