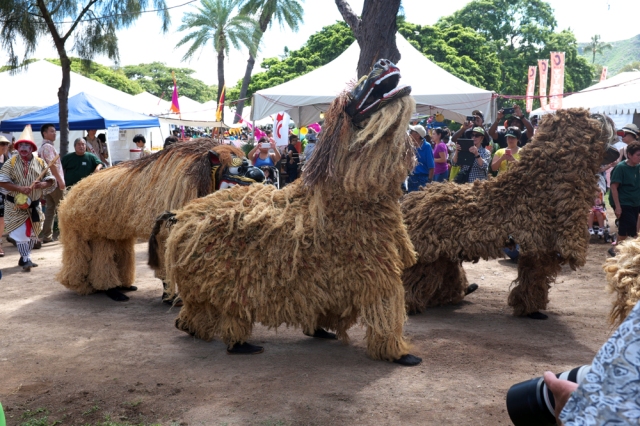 Led by shishimai, the procession to open the 2015 Okinawan Festival in Honolulu’s Kapi’olani Park officially began at around 10:20am on September 5. 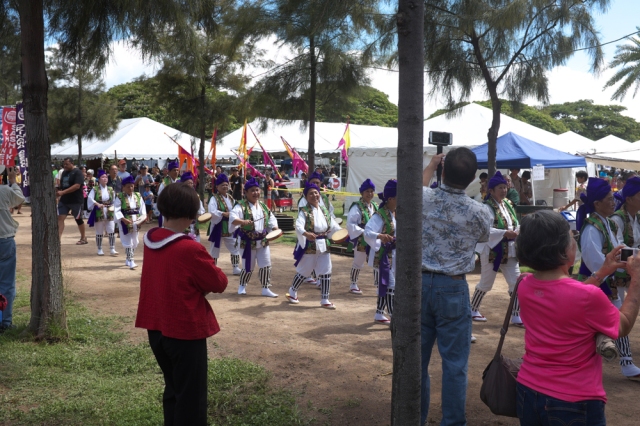 The shishimai were followed by a paranku troupe. The lady in the red jacket with an orchid lei is U.S. Senator Mazie Hirono. See her photo, below, with the shishimai performers. 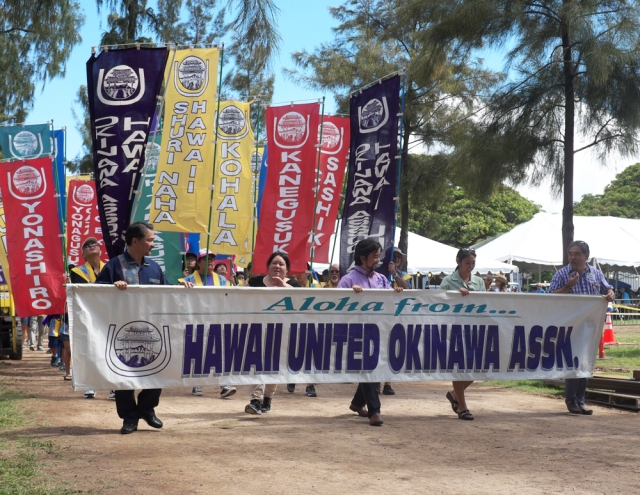 Next came the procession of banners for the organizations that make up the Hawaii United Okinawa Association (HUOA). 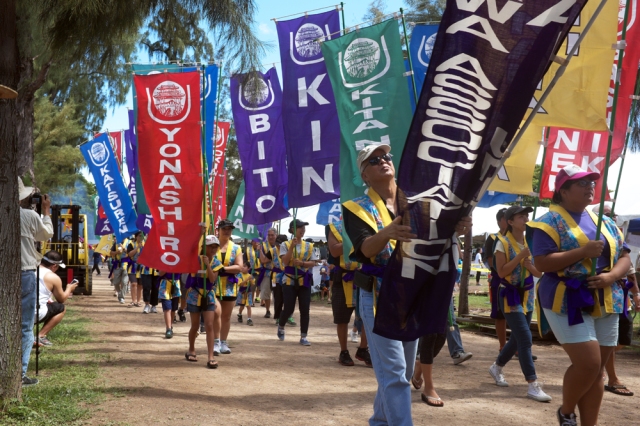 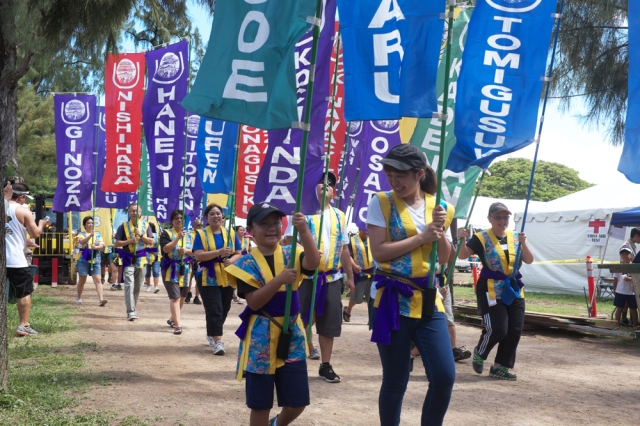 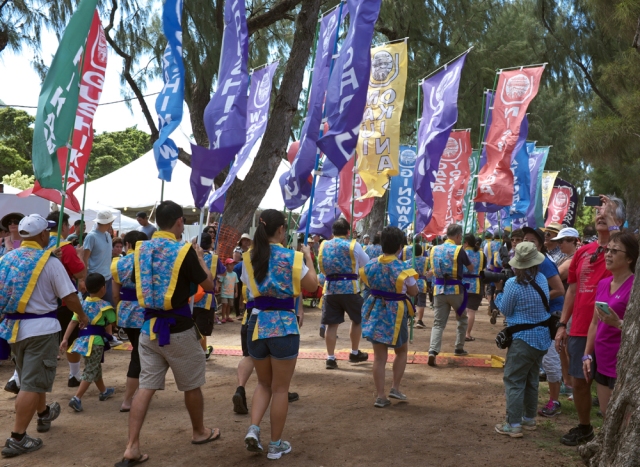 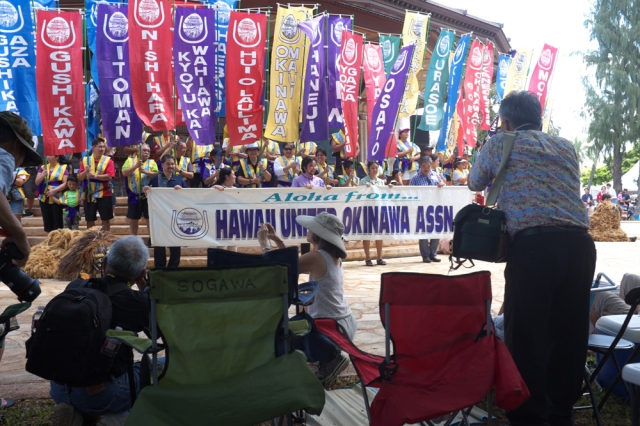 The procession ended at the outdoor bandstand with the formal opening ceremony . . . 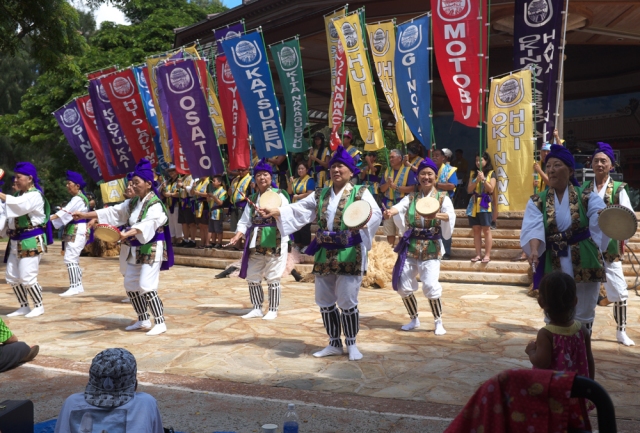 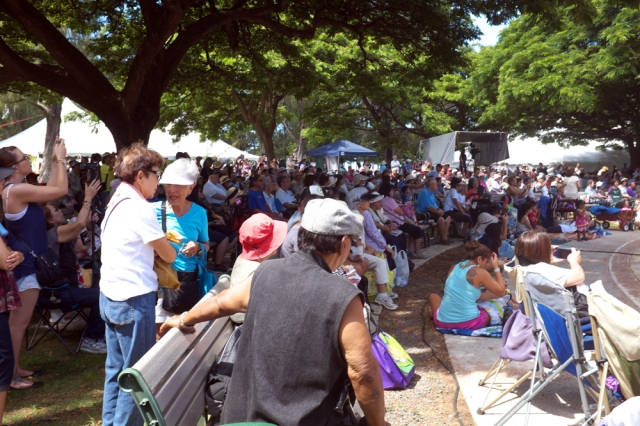 . . . for the appreciative audience.

The following photos were taken at the staging area next to the bandstand just prior to the procession. 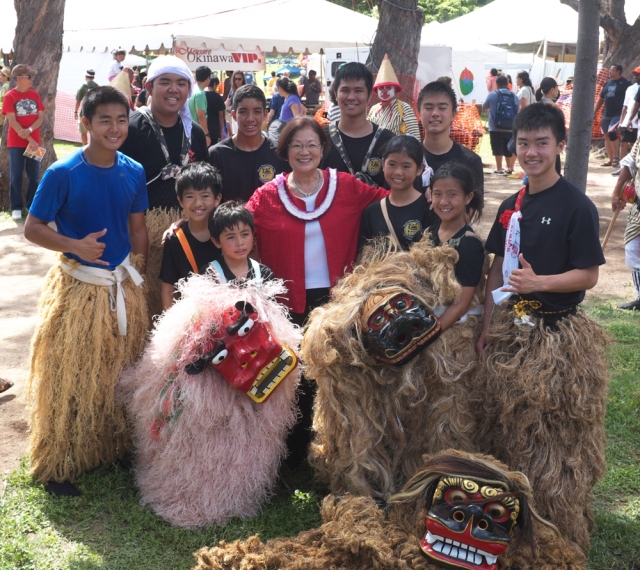 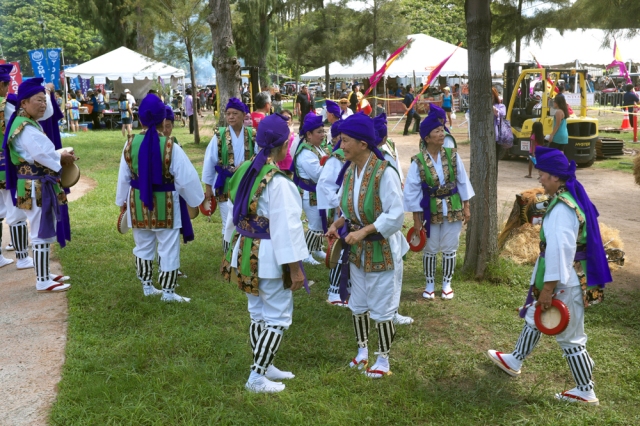 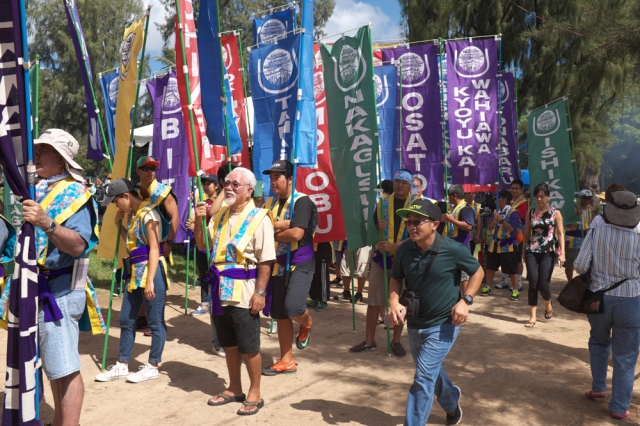 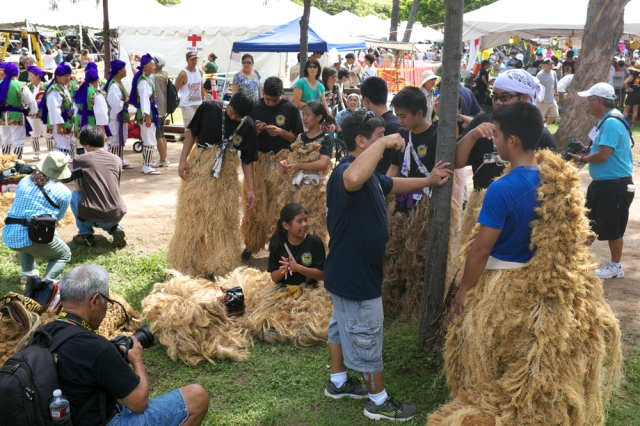 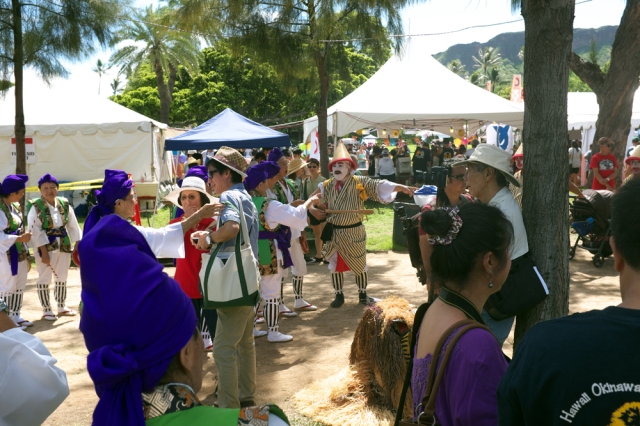 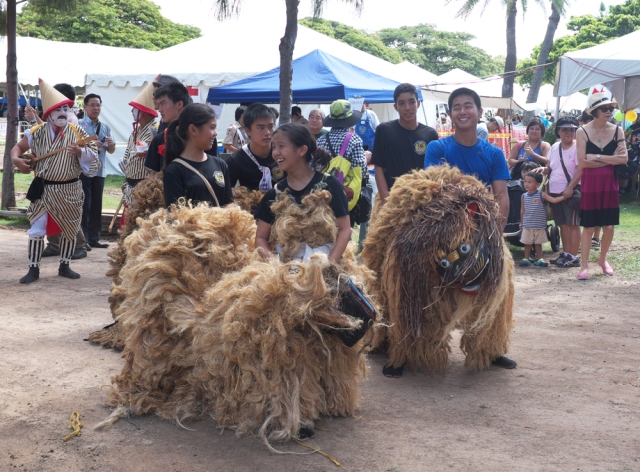 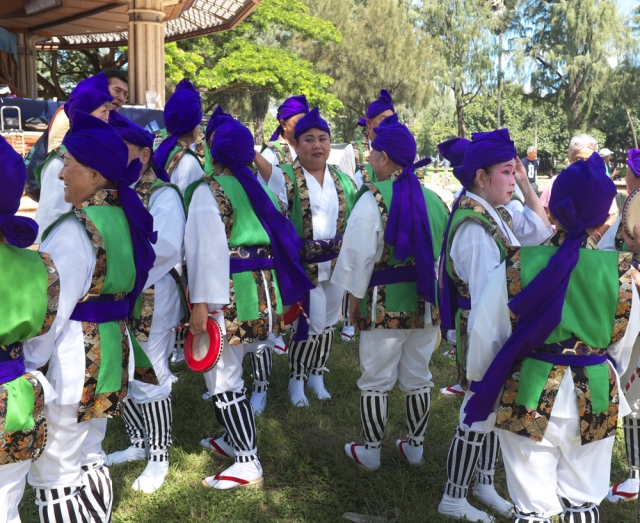