Chang-su Houchins’s Artifacts of Diplomacy: Smithsonian Collections from Commodore Matthew Perry’s Japan Expedition (1853-1854)1 offers tantalizing glimpses into Japan and Ryukyu history in the mid-19th century. After downloading the PDF file, do a search on Naha, Ryukyu, and Ryukyuan to find items related specifically to the Ryukyu Kingdom. The illustrations of a “Loo Choo” woman and Ryukyu officials, below, are but two of many others in the book. 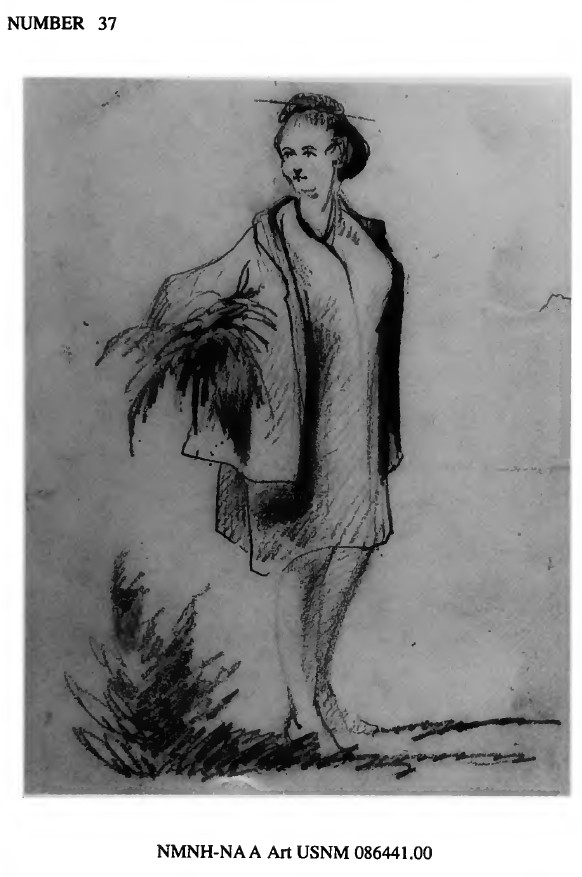 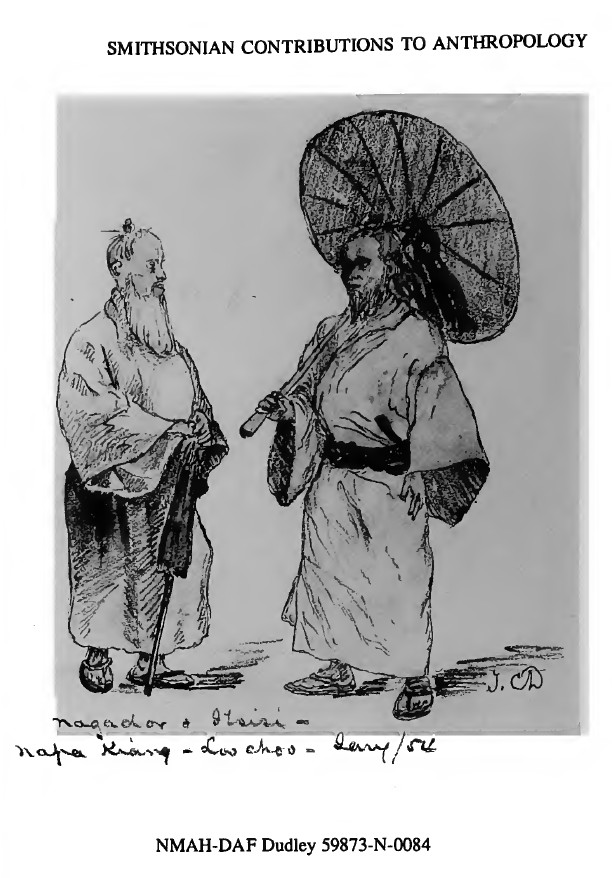 Hand-colored, pencil sketch of a standing
group of Ryukyuan officials in native dress by T.C. Dudley. Subjects are Nagado
and Itarajiki, interpreter for the
Ryukyuan regent, Sho Ko-kun. Naha, July 1854.

__________
1 Smithsonian Contributions to Anthropology, Number 37, Smithsonian Institution Press: Washington, D.C., 1995. This is a large PDF so it may take a while to load into your reader.

This entry was posted in History, Images. Bookmark the permalink.