Hiroshi Uechi’s “Classic Burger” in the Uehara district of Ginowan: “He makes all buns, beef patty and smoked bacon by himself daily. The patty is made of the beef from Japanese black cattle and bacon is smoked with cherry wood chips. His original sauce is sweet and rich, and all vegetables absolutely fresh.”1

Kelly Gillotti’s “Cooking Local: Yuugao – Okinawan Bottle Gourd Curry” opens an exotic window into Okinawan cuisine. “Yuugao (ゆうがお),” says Gillotti, “is bottle gourd. Apparently, they make delightful liquid vessels once they’re dried. Since the yuugao is watery and mild, it’s perfect for summer. The bottle gourd was like a giant cucumber after peeling and deseeding.”2 Her photos alone can make you salivate.

Learn how to Bon Dance via videos.3 To help members prepare for their annual Okinawa-style bon odori, the Okinawa Association of America (OAA) has prepared some practice videos:

the culmination of the annual Yonabaru Festival on Saturday and Sunday. The Tug-of-War takes place after a parade starting at 5 p.m. The history of Yonabaru Tug-of-War goes back over 400 years to the days of the Ryukyu Kingdom. It’s original purpose was to pray for all diseases and harmful bugs disappear from the crops and result in a plentiful harvest. People also believed that the event protected them from strange illnesses and ensured the prosperity of descendants.4 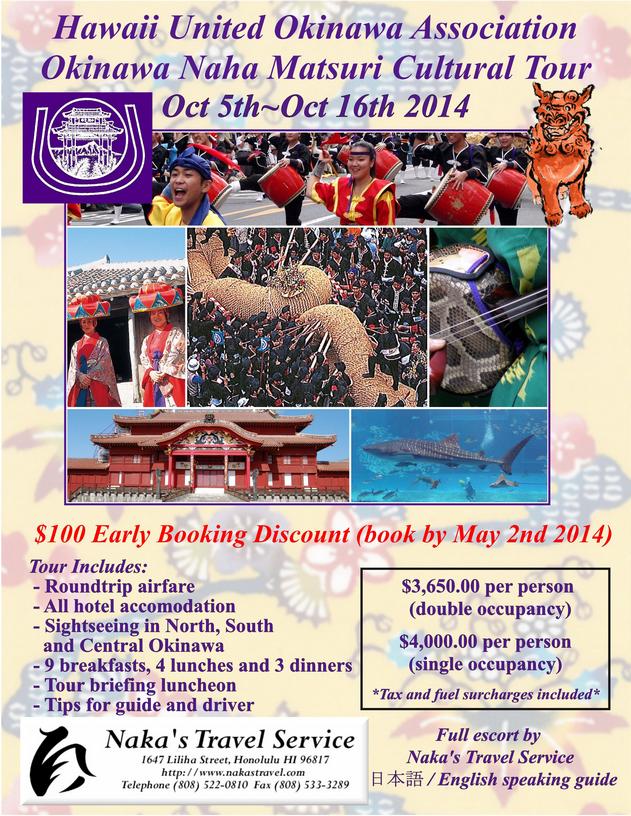