Uta no Hi 2013 Photos: A Mahalo to Hawaii’s Okinawan Community

I did it. I watched the entire 7:00PM to 1:30AM live webcast, beginning Friday evening and ending early Saturday morning, of the “Uta no Hi” concert from Kadena, Okinawa, Japan. The annual event, I learned, was developed and sustained by the Okinawan band, BEGIN, to raise funds to repay a debt of gratitude to the Hawaii Okinawan community. Interestingly, the backstory is just as if not more fascinating than the concert series itself.

In August 1948, the United Okinawan Assistance Association of Hawaii appealed to Hawaii’s Okinawan community for donations to purchase pigs to help the war-battered people of Okinawa rebuild their agricultural economy. Seven men — Ryoshin Agena, Heisho Miyasato, Gyukichi Nakama, Shinei Shimabukuro, Genbi Tonaki, Yasuo Uezu, and Yoshio Yamashiro — sailed to Oregon with funds to buy 550 pigs, loaded them on a ship, and cared for them on the 28-day trip to Okinawa.1

In a spirit of appreciation, of buta no ongaeshi2, BEGIN’s goal is to raise enough funds to give the Hawaii Okinawan community 550 musical instruments3 from Okinawa. [Update 1/2/16: “BEGIN has donated over 50 Ichigo Ichi E to the HUOA” (12/14/15)]

I’m not sure if the amount of Hawaiian influence built into the concert is a standard part of Okinawan concert culture today or if it’s a means to emphasize the goals of the fundraiser. Regardless, the Hawaii presence throughout the concert is immense. You can get a sense of it in the pictures below. As the end of the concert neared, all the performers returned to the stage for the traditional kachashi and the dancers, both hula and Okinawan dance, joined in, spreading out at the foot of the stage and in the aisles between the seated audience. As the concert closed, as the performers took their final bows and the cameras zoomed out and faded, the strain of a recorded version of “Hawaii Aloha”4 played softly.

The photos below were captured from the streaming live video. Here’s a still of the Stolabo Tokyo homepage with Uta no Hi streaming live:

As a viewer, you have the option to zoom in on the video so that it fills your entire screen.

The resolution of the video was generally poor, and there were some glitches where either video or sound failed to transmit. Thus, the quality of the photos isn’t the best and the sound recordings I made probably won’t be great. (I haven’t had a chance to review the recordings.) But there’s really no room for complaint when the alternative is to have no streaming at all. Live webcasts such as this will, hopefully, become more common and, in the process, better in terms of resolution. I can only imagine what it would be like in high definition video and audio.

This little pig, sold as a concert souvenir, is the inspiration behind Uta no Hi. 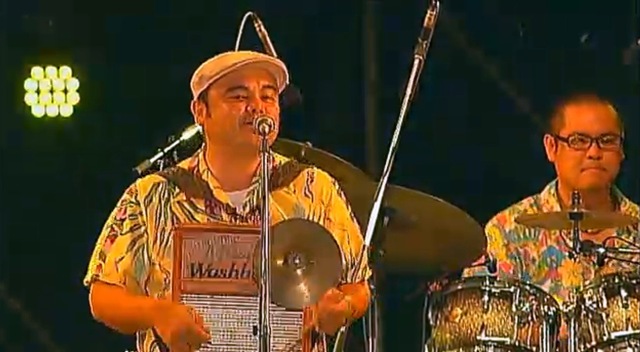 BEGIN: Higa, on washboard, and drummer. 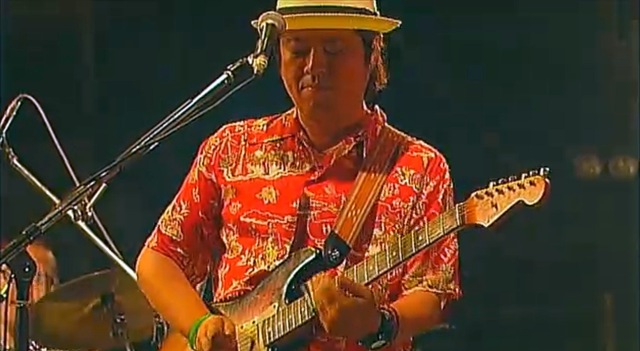 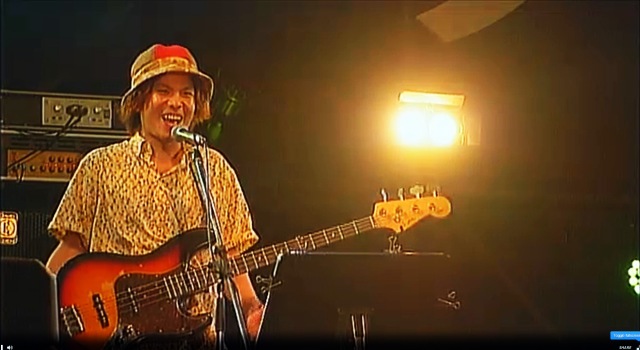 Honoka & Azita5, two young girls from Hawaii, stole the show. They could play with Jake Shimabukuro! 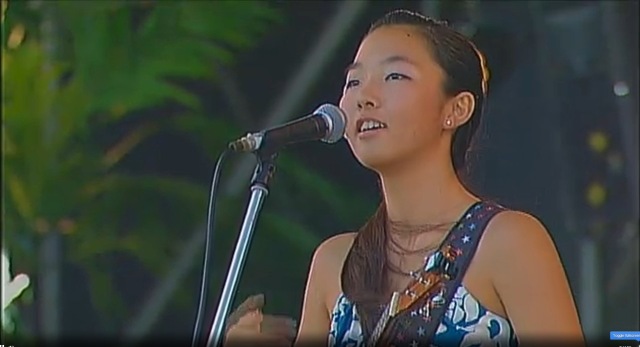 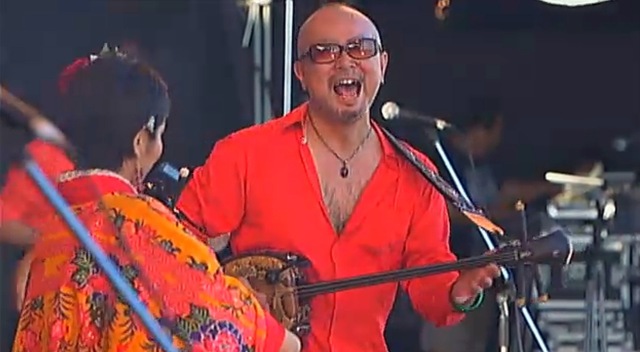 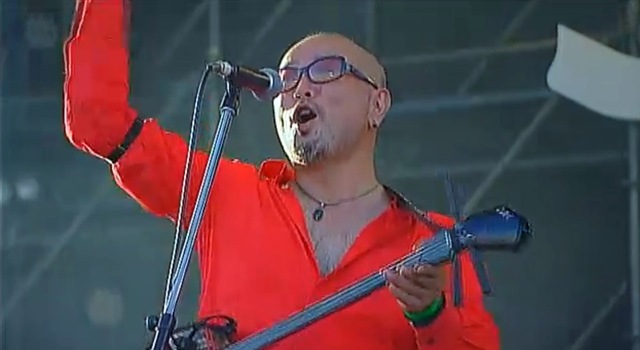 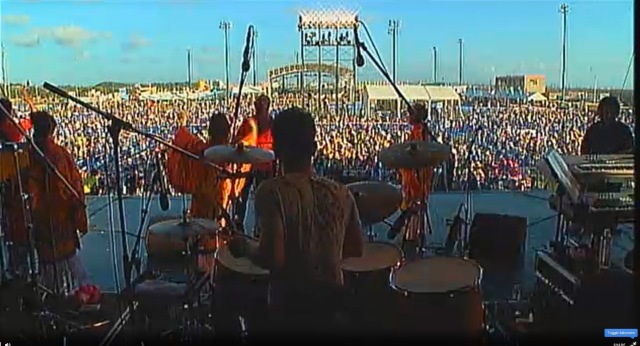 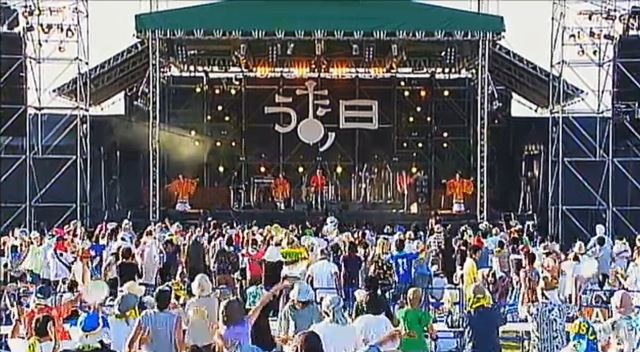 Misako Koja (古謝美佐子) was, I felt, the most artistic, blending Okinawa minyo with Okinawan dance and hula. 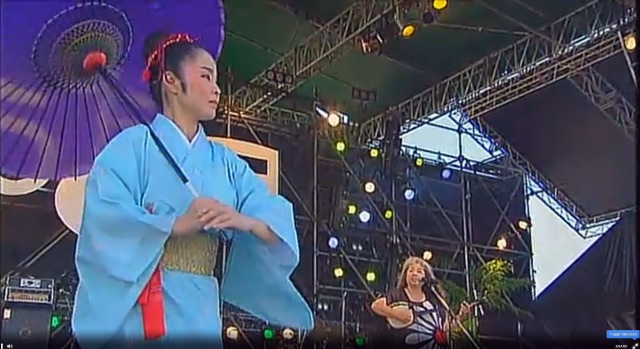 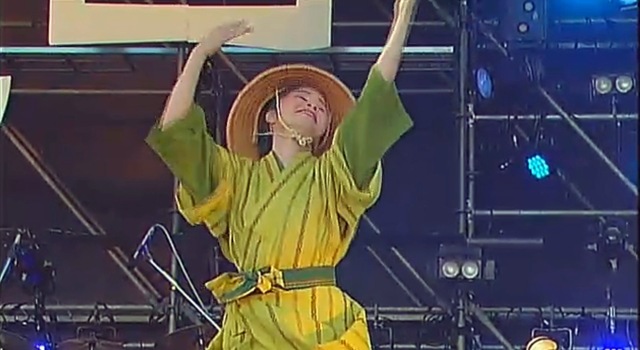 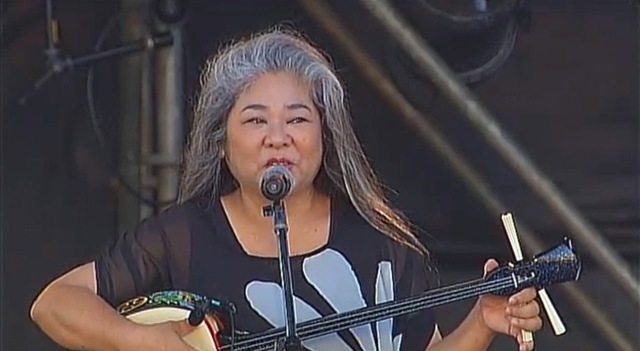 Aoi Teshima (手嶌葵) – one of the songs she sang was “The Rose.” Beautiful! Her “Teru no Uta,” which she didn’t sing, is beyond beautiful. 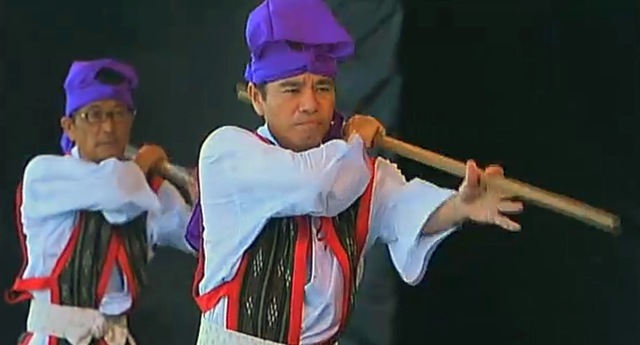 The most charming young girl! She’s playing the Okinawan sanba (三板), which is similar to castanets. 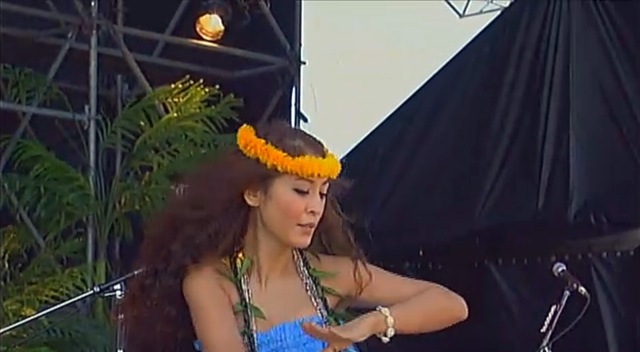 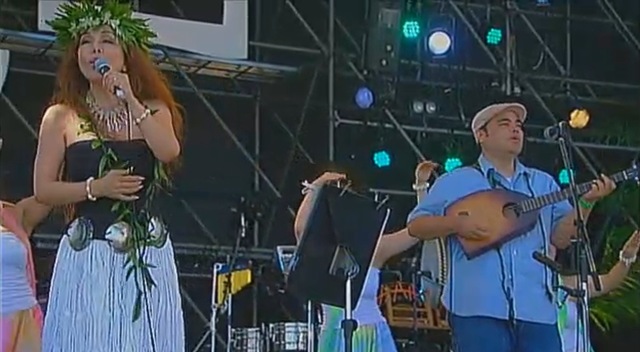 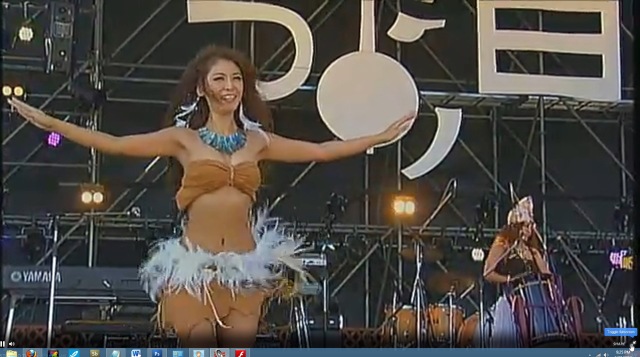 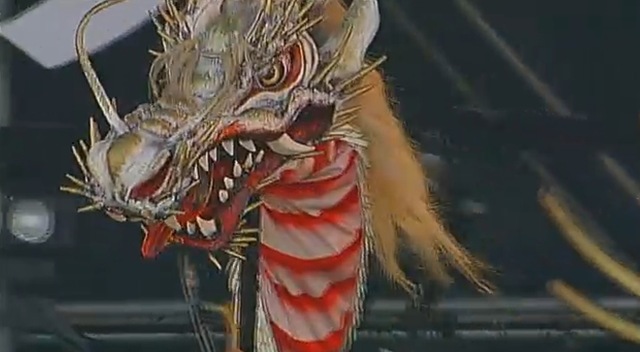 I had to get this in!

The hosts were entertaining, funny, and totally unflustered. A few of the stage crew are working in the background. The crew of more than a dozen has to be the fastest and most professional in the world.

The stage, at night, was spectacular. 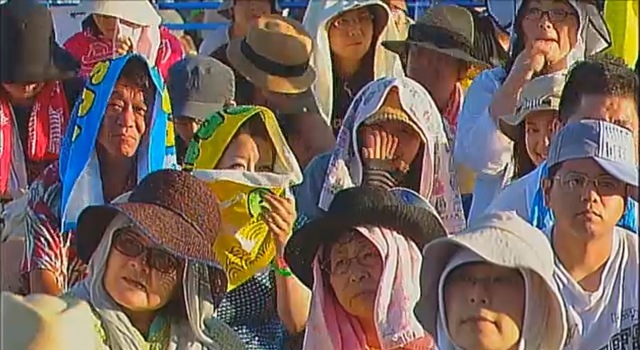 The afternoon sun was sizzling but the fans hung in there.

The temperature cooled as the sun fell. 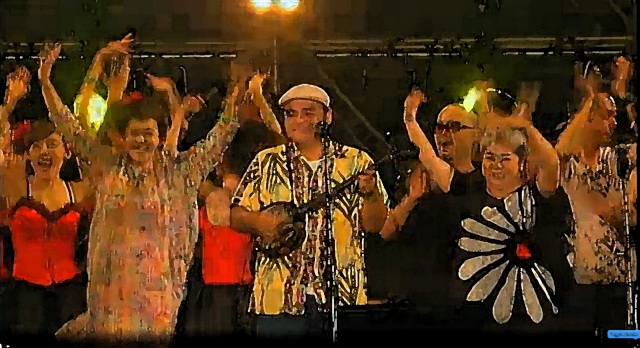 The kachashi finale on stage was wild! 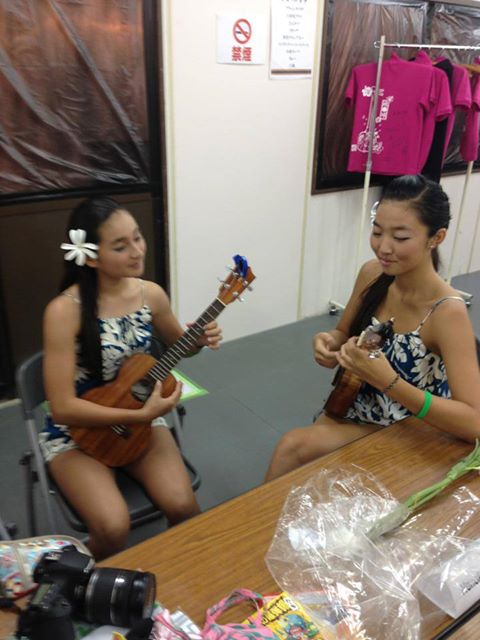