Got word that Resolution 15-322, CD1 has been deferred by the Honolulu City Council. Obviously, the city council members do not have an appreciation for the pain that the Okinawan people have been experiencing the past 72 years. Is it because the council members just don’t know? Or they don’t really care?

Here are 2 videos about US Military occupation issue in Okinawa:

This is interesting. The videos on the Liuchiuan website below regarding the US Air Force F100 that crashed into Miyamori Elementary School in Okinawa on June 30, 1959, has been suppressed. Hmmmmm. They said “copyright infringement” was the reason. Yeah, right. Check here to see for yourself. Click on the videos.

The 1959 Okinawa F-100 crash occurred on June 30, 1959 in the Uruma area of then United States (U.S.)-occupied Okinawa. In the crash, a United States Air Force North American F-100 Super Sabre on a training or test flight from nearby Kadena Air Base suffered an engine fire. The aircraft crashed into Miyamori Elementary School and surrounding houses, killing 11 students and six other people in the neighborhood and injuring 210 others, including 156 students at the school. The pilot, Captain John G. Schmitt, Jr. from Chalmers, Indiana, 34 years old, ejected and was unhurt. 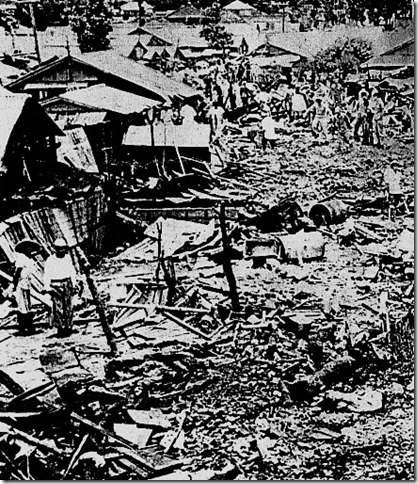 A memorial statue for the victims of the disaster was erected at the crash site in 1965.

Researching Capt John G. Schmitt Jr, the pilot who ejected: I found that he went on to have an illustrious Air Force career. I believe retiring as a Colonel.

The pain inflicted on the Okinawan people by the United States began before “The Typhoon of Steel,” the Battle of Okinawa. It began with the sinking of the Japanese cargo ship Tsushima Maru where 767 of the 826 children lost their lives on 22 August 1944 when their ship was torpedoed by the USS Bowfin. The children were sent by their parents to Kagoshima Kyushu for safer grounds.

The video in the below link is about the connection of one Hawaii family with the Tsushima Maru.

Below are some of the photos of Okinawan civilians including children who perished on the Tsushima Maru when it was sunk by the USS Bowfin.

USS Bowfin docked at the Arizona Memorial in Pearl Harbor. It is here in Pearl Harbor at the memorial as a representative of the heroic submarine force of the US Navy.

If you didn’t know, now you know. So the lingering questions: When will all this end? How long do the Okinawan people have to suffer?